Archive for the tag “wisdom”

‘Is that a rain cloud? Does it look like stormy weather coming?’ I asked.

‘No!’ she said, ‘in Barbados, a cloud like that just means a little drizzle. Just like a red traffic light means look both ways’.

‘Where I’m from, red lights mean stop’ I said

She just laughed at me. 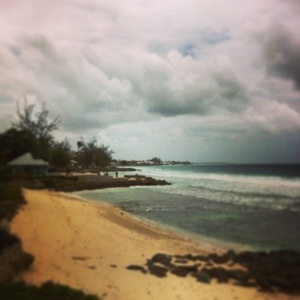 Never ever lose sight of your biggest dreams…
Climb higher….
Reach further….
Achieve greatness….
Because you can…
And you will….

Finding myself in a cave in Bulgaria.

As you know, I just went on a lovely vacation to Florida! Well to get there I didn’t take the most direct route. I took the Victoria Clipper to Seattle and then the light link train to the airport and flew to Orlando. It was a most superb adventure! Some people may have flown directly from Victoria, but not I. My reasons are twofold: one; it’s cheaper to fly from Seattle, two; getting places as quickly as possible doesn’t leave much time for adventuring, and I do love to adventure. I also really truly enjoy the feeling of being nowhere and everywhere at the same time. When I’m traveling, I feel suspended in time, neither here nor there, but in transit. I love that feeling. It’s very freeing! I had a few hours to kill before my flight so I wandered around downtown Seattle for a while and then off to the airport I went. I found a nice little restaurant near my gate and settled down to eat and listen to my music. And that’s when an adventure occurred. Two fellows eating a few feet away from me bought me a drink and because my parents raised me to be polite, I introduced myself and thanked them. We got to chatting and I found them to be very interesting individuals. One of them was a military man, headed back to Anchorage, Alaska, the other was a convicted felon (one of his convictions was for attempted murder, I’m still unsure if asking a felon about his felonies is really the best plan, but sometimes I don’t think before I talk) headed home to his family in Florida (we ended up being on the same plane), having just been visiting his mother. Now I don’t have much experience with criminals, but this one was very jovial. I’ve met people with far more traditional wealth who somehow have so many things to complain about. This man, who was incarcerated for a total of 12 years, had not a thing to complain about, and just wanted friends to share in his happiness. He had a lovely pearl of wisdom for me, “They say that you love where you live and live where you love, but when you’re a traveler, you love everything!” I very much enjoyed that. So, at the end of the day, the moral of this story is that life is what you make of it. My VERY random chats in an airport restaurant gave me some perspective that day, there is always something to be learned from everyone’s story. I’ve always had a fascination with the lives of others and this particular event was a very interesting insight into a life, which inspired plenty of reflection into my own. 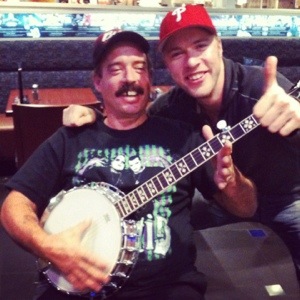 My new friends. Incidentally, the gentleman on the left didn’t fly very well and it was most fortunate for him that he made friends with me, he almost got removed from our flight, as he became agitated upon boarding, but somehow I managed to keep him calm with ipad games and rambling stories. Thank goodness for Angry Birds!

“Success has many fathers, while failure is an orphan.” – English Proverb

Thinking successful thoughts today, I hope you are too!!